Belinda Clark, a giant of Australian cricket, is leaving Cricket Australia after 20 years.

A trailblazing Hall of Fame player who became one of the most senior administrators in the game, Clark is departing the sport to establish a new venture aimed at fostering leadership skills in young girls. 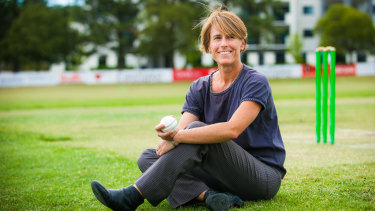 Belinda Clark is leaving Cricket Australia at the end of November.Credit:Elesa Kurtz

“All good things come to an end. I think it’s just time to move on,” Clark told The Sydney Morning Herald and The Age.

The former Australian captain, the executive general manager of community cricket at CA, was encouraged by some internally to put her hand up to be the next chief executive officer following Kevin Roberts’ ousting in July.

Her impending exit, which she told her staff about on Tuesday morning, is a significant blow for CA, although there is a possibility she may not be lost entirely to the organisation. There are people at Jolimont who regard her as an ideal candidate to take up one of the two vacant seats on the board when they are filled next month.

Clark, who will remain on the board of the Twenty20 World Cup ahead of the postponed men’s event in 2022, is the fourth executive-level figure on the way out at CA in less than three months in what has been a tumultuous year. 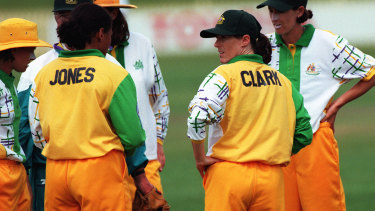 Clark in her playing days with Australia.Credit:Dallas Kilponen

But this was very much her decision. She is starting a business called The Leadership Playground, aimed at helping girls between the ages of 10 and 15 develop and grow skills for leadership positions.

“I’m very positive around my time in the sport,” said Clark, who spent six years at Cricket NSW before working at CA. “Certainly the last eight months have been challenging, but I think what I’m about to do will be equally as challenging,” she said.

“I had this nagging voice in the back of my head to do something on a larger scale and this is an opportunity to do it. It’s sort of a now or never exercise. Now is as good a time as any.”

Clark joined the former Australian Cricket Board in 2000, tasked initially with merging Women’s Cricket Australia, which she was CEO of while still captain of Australia, with the main governing body. 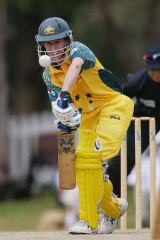 Clark bats in her final year in international cricket, against New Zealand in 2005. Credit:Getty Images

In the 15 years since her retirement from playing she has held a range of prominent jobs in cricket including as manager of the National Cricket Centre in Brisbane, overseeing the development of the facility itself.

A champion of the “long slog” to professionalism in women’s cricket here, Clark has also had the rare distinction, among women in major Australian sports, of holding high-performance and management positions across the male and female games.

Most recently, she stepped in to replace Pat Howard as CA’s team performance chief on a temporary basis from November 2018, playing a key behind-the-scenes role in the Australian men’s team’s recovery from the Cape Town affair and the reintegration of Steve Smith, David Warner and Cameron Bancroft, as well as supervising the program ahead of the 2019 World Cup and Ashes.

It wasn’t a post she sought, preferring to be closer to the grassroots coalface. But her oversight of the women’s national team during that period also led up to a high point of her career at CA: the T20 World Cup triumph of Meg Lanning’s Australian team before a record crowd at the MCG in March.

“The thing I’ve been really lucky is I’ve been able to work across the whole of the cricket side of the business and I’ve really enjoyed that, working both with elite athletes and community.

“I feel like I’ve done my best to try and help and now is the time to walk away.”