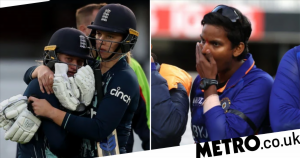 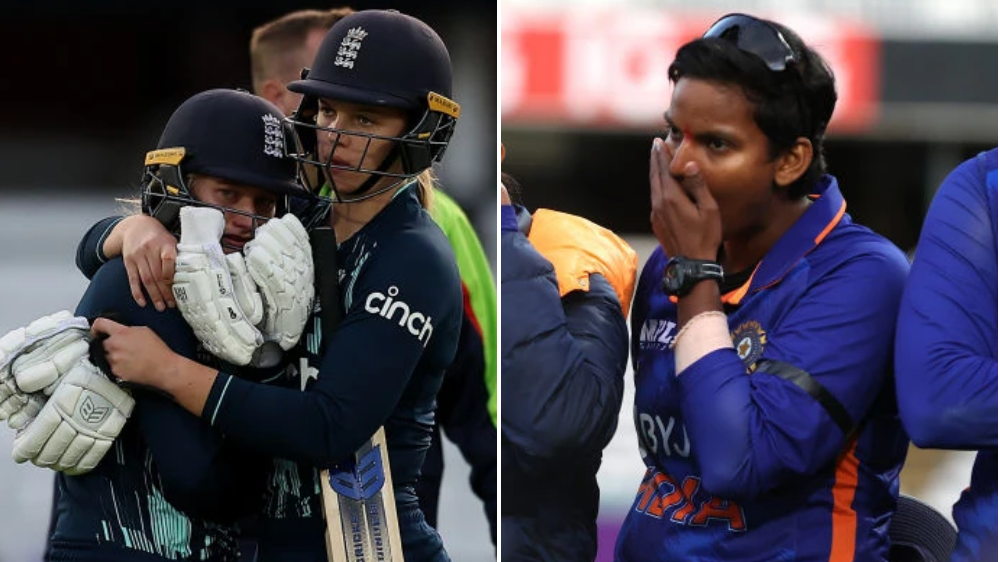 Deepti Sharma’s controversial run out of Charlotte Dean in the third ODI between England and India has sparked debate among pundits, players and fans.

England were closing in on an unlikely win but India secured a 16-run victory when Dean was run out after leaving her ground early at the non-strikers end.

Sharma took the bails off after entering her delivery stride despite never bowling the ball, which is known as a Mankad.

The tactic, named after India international Vinoo Mankad, is technically allowed in cricket but is massively frowned upon – and England’s Dean was left visibly upset among her stunned team-mates – as the Lord’s crowd booed off India at the end.

‘Mankad is in the rules, but I hope it’s not a go-to tactic,’ Vaughan posted on Twitter on Sunday.

‘You surely don’t train all your lives to win a game using that tactic.

Well within the laws but not in the spirit.

‘I know batters should train to stay behind the line but it stinks seeing a game won like that.’

England international Sam Billings, added: ‘There’s surely not a person who has played the game that thinks this is acceptable? Just not cricket.’

Piers Morgan was more even more vocal in his disappointment over the Mankad tactic, posting: ‘Absolutely pathetic way to ‘win’ a cricket match.

I find the debate of the Mankad really interesting. So many views from either side. I personally wouldnât like to win a match like that, also, very happy for others to feel differently https://t.co/BItCNJZqYB

‘The whole India team should be ashamed of themselves.’

But some took the opposite view, with former India international Aakash Chopra saying: ‘Well done, Deepti Sharma. You did the right thing.

‘Don’t let anyone tell you otherwise. And well done, Team India. The sweet taste of a clean sweep on English soil. Brilliant.’

India’s Ravichandran Ashwin added: ‘How about awarding that wicket to the bowler for “presence of mind” under immense pressure and of course knowing the social stigma that he/she would have to deal with post doing it.

‘How about a bravery award to go with it too @ICC?’