India agrees to fourth Test in Brisbane after week of discontent 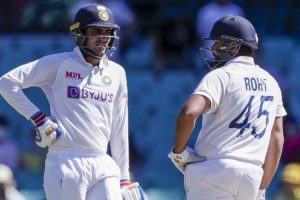 India have agreed to travel to Brisbane on Tuesday for the fourth Test, with senior team officials on the ground in Sydney telling Cricket Australia executives on Sunday night they wouldn't boycott Brisbane.

There had been uncertainty about the Gabba Test going ahead for a week with repeated reports out of the Indian camp concerning their hesitation to fly north. 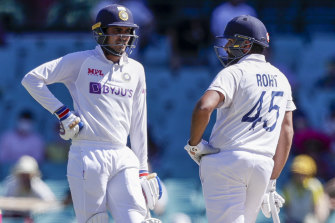 The status of the fourth Test was in limbo as late as Sunday.Credit:AP

The Indians were initially reluctant to go to Brisbane because they would have to re-enter tighter biosecurity restrictions and feared they would be confined to the the floors of their hotel or their rooms when they weren't playing or training.

While CA told senior Board of Control for Cricket in India office bearers that players would be able to mingle with teammates in other parts of the hotel, which has been booked out for the cricket, the tourists then expressed concerns about the discovery of the mutant UK strain of the virus in Brisbane.

However, CA sources said on Tuesday morning the Indian team and management had now agreed to finish the series in Brisbane after being re-assured they can depart for home immediately afterwards.

The news comes as CA and NSW Police investigate claims by India that fast bowlers Mohammed Siraj and Jasprit Bumrah were subjected to racial abuse.