UN human rights experts have called on sporting bodies around the globe to ban Afghanistan from taking part in international competition unless the country ended its “gender apartheid” in not allowing female participation in sport.

The strongly worded statement condemns the comments made last week by a Taliban official that women would not be allowed to play cricket, which prompted Cricket Australia to all but cancel a men’s Test against Afghanistan to be held later this year. 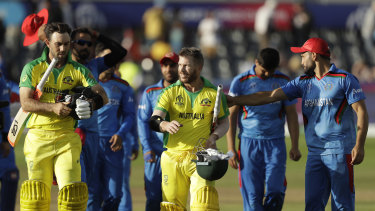 Senior cricket officials in Afghanistan have since said the board has not received any directive from the Taliban to restrict women’s cricket, and urged CA to allow the match to be staged.

But the seven experts – Karima Bennoune, Ahmed Shaheed, Melissa Upreti, Dorothy Estrada-Tanck, Elizabeth Broderick, Ivana Radacic and Meskerem Geset Techane – have effectively backed CA’s stance, and called for other organisations not to compete against Afghanistan if the country prohibited women from participating in sport.

“Just as racial apartheid in sports has been banned in international law, the total exclusion of women from athletics must be recognised as entirely beyond the pale, and as a violation in which others must not be complicit,” the experts said.

“The right to gender equality, and the right to take part in cultural life without discrimination require women’s equal access to participation in sports.”

As a full member of the International Cricket Council, Afghanistan must have an active women’s program. ACB chief executive Hamid Shinwari said in an interview with the BBC the country’s 25 contracted female players were still being paid.

The board of the ICC is expected to make a call on Afghanistan’s playing future in the coming weeks. It is possible the team will be thrown out of the upcoming men’s Twenty20 World Cup.

The UN experts said sports bodies must take a firm stand or risk the situation deteriorating for women in Afghanistan.

“This pronouncement that women do not need sports and may not participate in sports suggests a return to the Taliban’s grim history of systematically excluding women from public life and practicing gender apartheid,” the experts said. 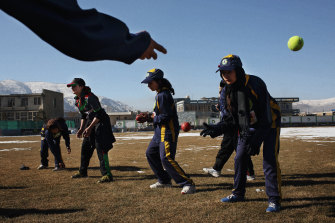 No longer free: the Afghanistan women’s cricket team, at a past training session in Kabul.Credit:Andrew Quilty

“Today they will be kept off the fields and pitches, tomorrow it may be more widespread exclusion from public life as was the case under the previous Taliban regime. This is entirely unacceptable.”

Former ICC chief executive Malcolm Speed said CA should not jump on the “bandwagon” of politicians who have called for the Test against Afghanistan to be banned until cricket officials in that country could negotiate for women to continue playing.

“If they can’t that might be when we all jump on the bandwagon and say we’ve tried, that wasn’t possible, we’ve looked under the bonnet, we’ve had a good look at what happens in Afghanistan, but it’s not a knee-jerk reaction,” Speed said on SEN.

CA has said the Test will not be played unless the ACB can demonstrate a commitment to the women’s game.