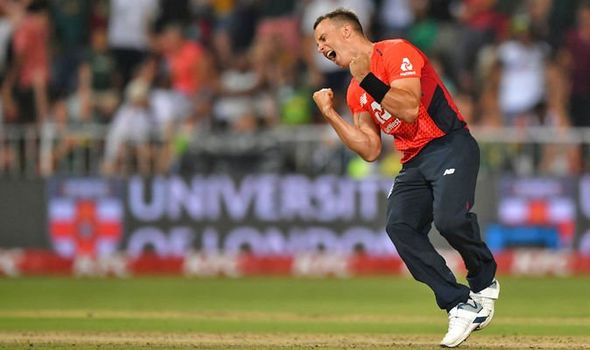 Eoin Morgan saluted a “standout innings” from Moeen Ali and “courage” of Tom Curran with the ball as England levelled the series with South Africa on a dramatic night at Kingsmead. Victory by two runs was secured by Curran who took two wickets with the final two deliveries of the match.

But defences had been set up earlier by a blistering 39 in 11 balls from Moeen with the bat as England put up a decent target of 204-7.

But for all the big hits the night boiled down to a gladitorial contest between Curran and the South African middle to lower order. Needing 15 off the last over, they got close bu Curran kept them at bay with nerveless execution of slower balls.

“Moeen was the standout performer with the bat, it was a match-winning innings given the way South Africa played and the way things turned out in the end.

“Chris Jordan is one of our more experienced bowlers. He’s very calm and delivers when it matters, so he’s one you really want in your side.

“But with Tom Curran it takes courage to bowl a gamble ball like the one out of the back of the hand, and a good catch by Adil Rashid.

“And it sets it up really well for the third game on Sunday.”

Curran’s final two balls with South Africa needing three for the win and two for a Super Over were a real test. But he pinned Dwayne Pretorius lbw with the first and then sent down a back of the hand slower ball which Bjorn Fortuin tried to ramp only to find Rashid.

It was a victory which sends this T20 series hurtling towards a decider at Centurion on Sunday afternoon and after the first two it could be another belter.

Kingsmead witnessed 28 maximums including three hit clean out of the ground. Moeen Ali, with a superb 11-ball 39 and Quinton De Kock, with a glorious 65, were brilliant with the bat.

Chris Jordan, with 2-31 and some ruthless death yorkers, equalled them with skill with the ball.

England will take great heart from a battle won back to Johannesburg but in South Africa they have met a side who match them closely. 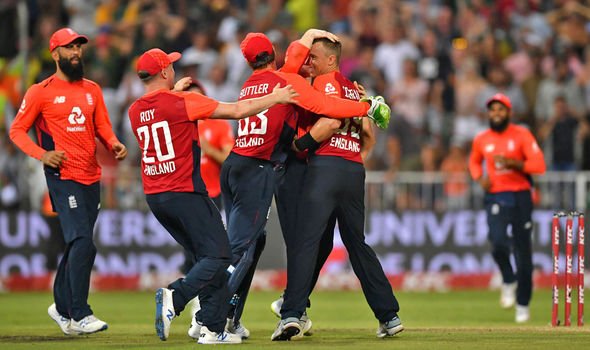 And it will probably ensure that the same XI take to the pitch in a day’s time.

The decision to promote Jos Buttler to the top of the order failed for the second consecutive game. Following his 15 in East London, Buttler fell for two here in the third over.

It brought together the pair who plenty feel should be opening the innings in Jason Roy and Jonny Bairstow.

Bairstow brought up a 50 partnership 22 balls with the second of two huge sixes off Andile Phehlukwayo before losing his off stump for a 17-ball 35.

In reply De Kock, with 65, more than matched him as South Africa raced to an opening partnership of 92. David Miller and Rassie Van Der Dussen gave momentum to the charge but Jordan with two wickets in two balls in the 17th over applied the brakes.

Curran completed the stop with his last two balls.