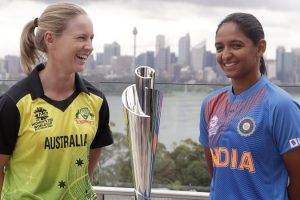 Queensland is set to host Australia’s long-awaited rematch with India after the women’s Twenty20 World Cup two years ago – provided final approvals are secured for the touring team’s arrival to quarantine in the state.

Cricket sources have told The Age and the Sydney Morning Herald that Australian players and staff are likely to travel from around the country into Brisbane this week, with participants coming from Sydney and Melbourne COVID-19 hotspots to undergo quarantine. 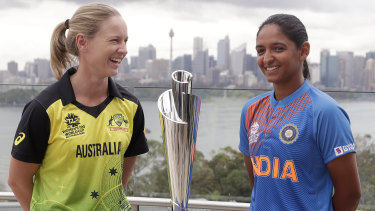 Meg Lanning and Harmanpreet Kaur will resume battle for the first time since the Twenty20 World Cup.Credit:AP

Formal approvals of plans by the BCCI are also being sought by Cricket Australia, but sources with knowledge of negotiations indicated that the Indian board had never wavered in its commitment to the tour, having announced its squad last week.

The whole of the India series is to be played in Queensland at two venues, most likely including Metricon Stadium on the Gold Coast and one other venue in the north of the state, possibly Harrup Park in Mackay.

This would mean that the WACA Ground in Perth loses its scheduled women’s Test match – a venue that Meg Lanning’s team had been looking forward to playing at, given its reputation for pace and bounce.

Sources with knowledge of talks have indicated that one of the roadblocks to staging the series in other states has been a reluctance to allow players and staff from Sydney or Melbourne to enter for quarantine and training, even though the entire group is fully vaccinated.

Major outbreaks of COVID-19 in Sydney, and more recently Melbourne, have caused havoc for CA in its scheduling of both the India women’s series and also the start of the men’s domestic season, with much of the Marsh Cup limited overs competition set to be postponed.

The successful arrival of India’s team and staging of the series would be a helpful outcome for CA at a time when it is in talks with the ECB about terms around the playing of the men’s Ashes series this summer. England’s players have raised concern about quarantine terms for themselves and their families, to the point that as many as 10 players have indicated they may not tour.

However, the provision of quarantine periods with a good degree of freedom of movement at Queensland resorts on the Gold Coast – affording plenty of outdoor activity and golf courses – would likely assuage many of these concerns.

The Indian women’s touring party was meant to be flying into Sydney to quarantine and train ahead of the ODI portion of the series being played at North Sydney Oval on September 19, 22 and 24.

When Sydney’s outbreak assumed greater proportions, those plans were then revised to have the series starting instead in Melbourne at Junction Oval. However, the Victorian outbreak has now pushed CA into negotiations with the Queensland government to have the Indian team arrive through Brisbane and quarantine in the state before all matches are played there.

The original schedule called for a pink ball Test match between Australia and India at the WACA Ground in Perth from September 30 to October 3, before the teams were meant to return to North Sydney Oval for three T20I matches on October 7, 9 and 11.

Given that Allan Border Field, the usual Brisbane venue for women’s internationals, is currently out of action due to rebuilding works, Gold Coast’s Metricon Stadium is the most likely venue to be used, while Mackay is also in line, having already been set down to host four WBBL matches in November.

“There’s an element of the unknown, we haven’t been together for quite a long time, haven’t had any practice, but to be honest, and we’ve spoken about this, these days there is no ideal preparation,” Australia’s captain Meg Lanning said earlier this month.

India took on England in a series in the UK during the northern summer, before Harmanpreet Kaur, Smriti Mandhana, Jemimah Rodrigues, Deepti Sharma, and Shafali Verma took part in The Hundred. Of the foremost Australian players, only Ellyse Perry ended up playing in the tournament.