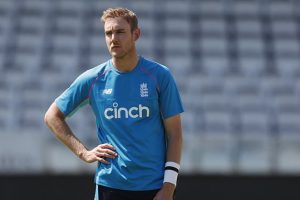 It was before the first Test of last summer that Stuart Broad reacted with anger and dismay when he was left out of England’s side to face West Indies.

He talked of how he had thought the shirt ‘was mine’. How his record, particularly at home, demanded England should pick him for their best available team at the start of a Test summer.

There was no hiding behind rest and rotation. Broad knew he had been dropped. 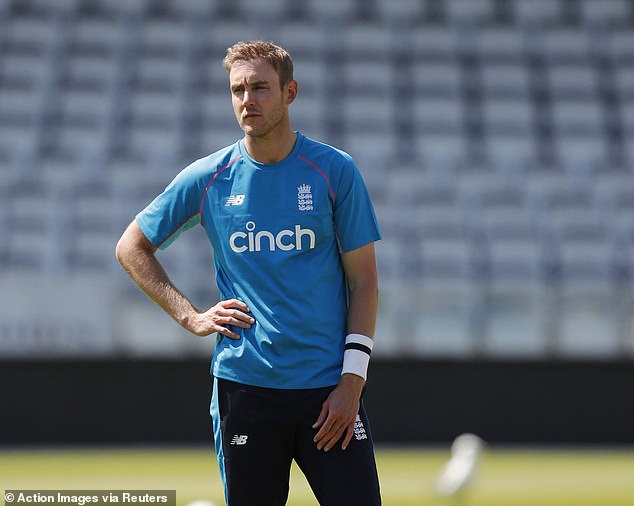 The old campaigner talked the talk — and how he then walked the walk by taking 29 wickets in the remaining five matches of the summer, including his 500th in Test cricket, to become England’s player of the season. A point emphatically made.

There appears no chance of England repeating their mistake on Wednesday against New Zealand, not least because on Tuesday Broad was named as Joe Root’s vice-captain in the absence of Ben Stokes.

It seems certain they will pick both their old champions in Broad and Jimmy Anderson, who is set to become England’s joint most-capped player, and no one will question the perceived absence of long-term thinking when they do. 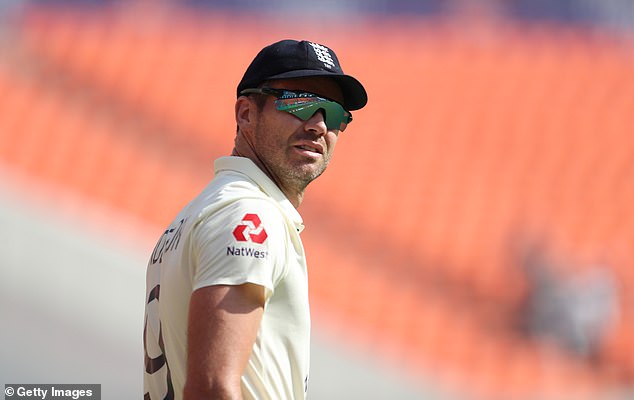 Like Broad, Jimmy Anderson should also be persisted with – they are getting better with age

Why should they? Yes, I have been among those, over the last few years, who have believed England should look to the future by leaving out one of the big two in most games to develop the variety in their attack that could win them the Ashes in Australia.

After all, I was in Australia for the last two Ashes and winced as England lost 5-0 and 4-0. It was brutal. And a one-paced attack was one of their biggest issues.

No matter what anybody says about an Ashes obsession, it is the series that matters most of all. It is the one English cricket, rightly or wrongly, is judged on. Chris Silverwood has been absolutely right to prioritise the Ashes from the day he became England coach.

But Broad, along with Anderson, has proved beyond doubt he deserves to be there this winter even though he will then be 35.

They really are both getting better with age and have earned the right to carry on together for England as long as possible. Even in Australia.

It is to their enormous credit that the passion still burns. They still really do want to get better. Silverwood talks of how Broad is still ‘curious’ about bowling. He is an old dog who is learning more and more new tricks. 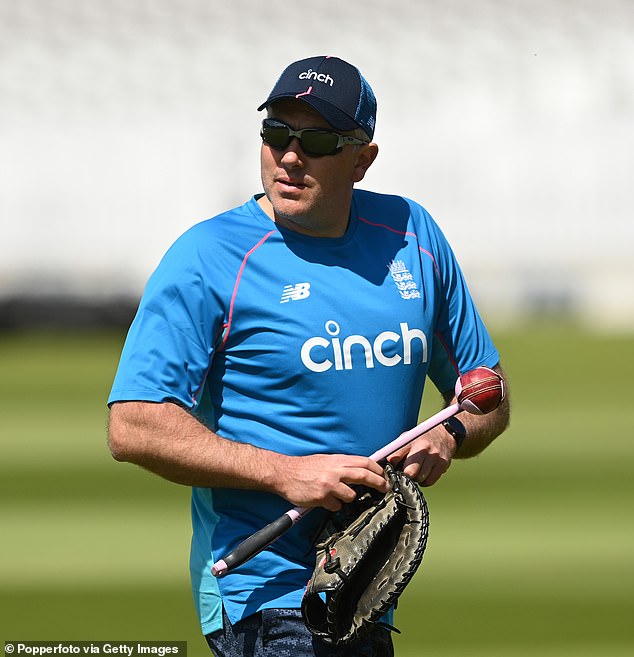 And all at Nottinghamshire talk of how impressive Broad has been in county cricket this season, genuinely excited to still be involved at that level.

‘Broady is loving playing cricket at the moment,’ says his Notts team-mate Luke Fletcher, who has clearly learnt from playing alongside Broad and is producing some of the best cricket of his career himself at 32.

‘He’s absolutely buzzing. I watch him now and he still wants to figure things out. He’s an inspiration.’

An inspiration, yes, and one that should be cherished.

We should enjoy Broad and Anderson for as long as we can. Starting at Lord’s on Wednesday.

Did you see the celebrations when Matt Parkinson took the final wicket to give Lancashire their first Roses victory in a decade?

It was like they had won the Ashes and Sky were there to capture the moment. Did you see the many young and female faces in the returning Old Trafford crowd who enjoyed a Sunday evening thriller in the sunshine? 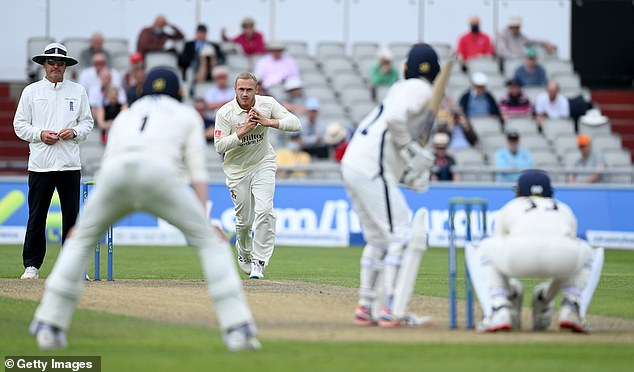 And did you see the numbers who watched the match on one of the best of the streaming services that are revolutionising the watching of county cricket?

Truly, the County Championship this year has been a remarkable success story and the Roses match is the best example yet of the rich pure cricketing entertainment it is providing. The new conference system is boiling up into a classic race for the First Division places, too. Long may it reign…

To be back at Lord’s for England practice on Monday for the first time since Covid changed the world was a joy, as it was to see the magnificent new Edrich and Compton Stands up close. MCC always get these things right and the old ground has never looked better in the sunshine.

But some restrictions are still in place and the press conferences — a concept maligned this week in the face of Naomi Osaka’s withdrawal from the French Open — are still taking place on Zoom. 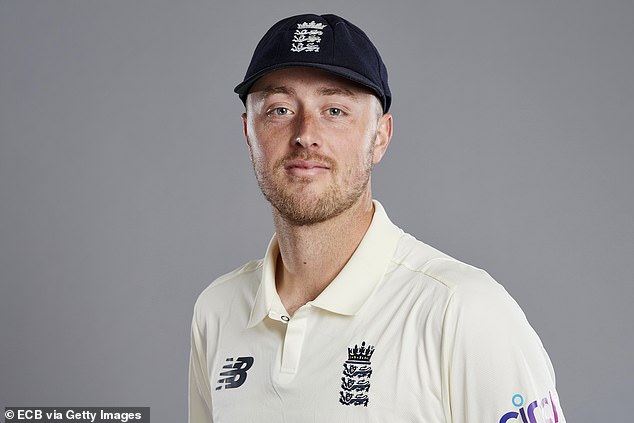 Ollie Robinson, who is set to make his England debut, spoke extremely well ahead of the game

But it should be said that an admittedly old-fashioned way of sports people communicating with the public can still work, in cricket at least. Two players set to make their England debuts on Wednesday — Ollie Robinson and James Bracey — spoke extremely well ahead of the first Test, with confidence, excitement, anticipation and an absence of cliches.

The England cricket team do a lot of things right these days. Producing young cricketers just as impressive off the field as on it is another example of that.

The Hundred will provide opportunities for the women’s game

It is 50 days to the start of The Hundred and, as regular readers will know, it is not a date that I have circled in my diary.

But the scepticism I have for the ECB’s decision to gamble so much of the game’s future on an unnecessary new format does not extend to the women’s game, which is rightfully getting equal billing and TV coverage. 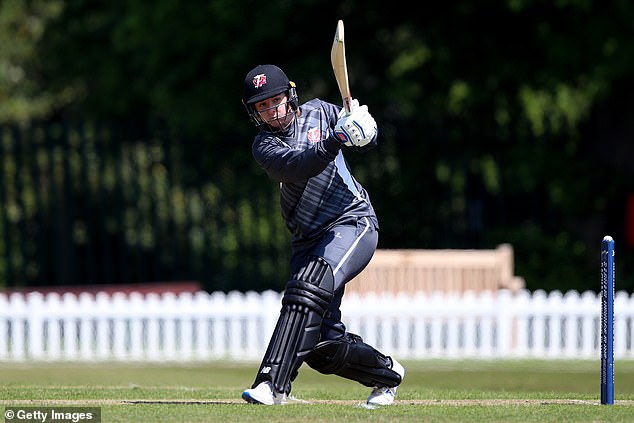 Speaking to Kate Cross and Alex Hartley, who are doing so much these days to promote women’s cricket in both old and new media, it struck me how excited they were about the opportunities The Hundred will provide.

Not least the fact that their Manchester Originals will kick it all off a day ahead of the men against the Oval Invincibles. The eyes of the cricket world will be on the women’s game. That is one Hundred game, at least, I am looking forward to watching.