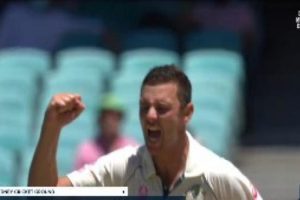 Australia’s bowlers were brutal on day three at the SCG, now it’s our batsmen’s turn to deal out the punishment. JOIN THE LIVE BLOG

Aussies takes control over India at the SCG

Smarting from their Boxing Day beat down, Australia’s attack unleashed their most brutal bowling of the series in a fearsome display at the SCG that left India broken as well as all but beaten in the match.

Defending a substantial first innings total for the first time this summer, and with the memory of India’s defiant MCG batting fresh in their mind, Australia’s bowlers responded with the sort of fire and brimstone display that puts them among the all-time great attacks.

Pat Cummins, Josh Hazlewood and Mitchell Starc shared the scalps and revived the nasty bodyline-style tactics that have floored opposition tails in past tours.

It left India’s batsmen hopping, triggered a collapse of 6-49 and sent the damaging Rishabh Pant and Ravindra Jadeja to hospital for scans. 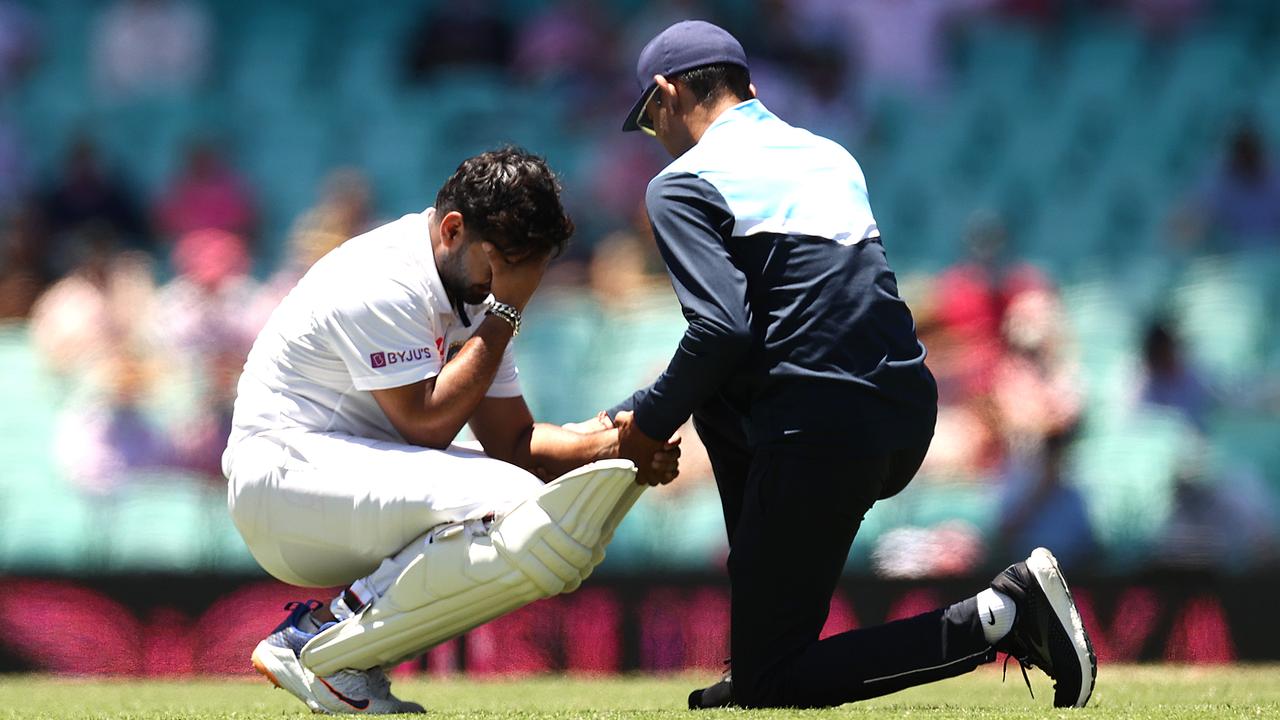 Navdeep Saini will be left with some physical reminders of his Test debut after being put through the wringer by Starc in one savage over, peppering the fellow quick with bouncers in some apparent payback for dishing out his own short-pitched treatment earlier in the Test.

Starc’s wife Alyssa, in response to former Test paceman Trent Copeland about the Indian’s first innings bumper barrage, said it was a beamer from Saini that “tipped (Starc) over the edge”.

The response? An over of flat-out nasty short-pitched bowling that culminated in Saini fending an offering to Matthew Wade at short extra cover, calling the curtains on his first Test knock with just 1 run to his name.

Having seen the carnage inflicted before him, Indian no.11 Mohammed Siraj was ducking for cover before the ball had even left Cummins’ hand.

And who could blame him, after witnessing Pant struck by a pinpoint Cummins bouncer that skidded off the pitch, snuck under his guard and thudded into the young star’s left elbow.

Pant grimaced through a lengthy inspection by the team doctor, before soldiering on briefly. But the sparkle had left his batting, and he was out soon after – knocked over by Hazlewood, though Cummins gets the assist. Already India have lost paceman Mohammed Shami for the series to a broken arm, and they will be desperate for Pant – and his game-changing batting – to avoid a similar fate.

And if that wasn’t enough dynamic all-rounder Ravindra Jadeja was another to feel the brunt of a Cummins short ball, reeling away in pain after being blasted on the thumb.

He toughed it out to finish unbeaten on 28 and strapped the troubled digit up when taking the field but late in the day he too was sent for scans as Australia built an ominous lead, despite failures by the hosts’ opening pair.

Will Pucovski (10) looked comfortable and full of intent but was unable to repeat his first innings heroics, lasting just 16 balls. While David Warner (13) failed to make an impact for the second innings in a row.

However, Australia’s golden boy couple will resume together on day four, already having placed Australia in what looks like a match winning situation; Marnus Labuschagne (47) and Steve Smith (29) taking the hosts to a lead of 197 at stumps.

Join the conversation, you are commenting as Logout