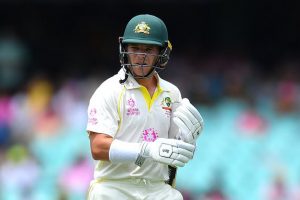 Australia have axed Marcus Harris for the final Ashes Test but captain Pat Cummins insists the opener has not reached the end of the road.

Harris has been in modest form at the top of the order, posting a solitary half-century and averaging 29.83 in seven innings against England.

With Travis Head back to reclaim his place in the middle order after missing the drawn Sydney Test with Covid-19 and stand-in Usman Khawaja making himself undroppable after reeling off twin centuries in that match, Harris is the natural fall guy. 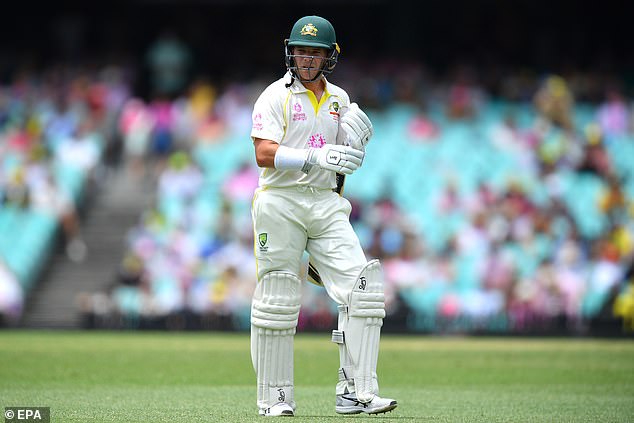 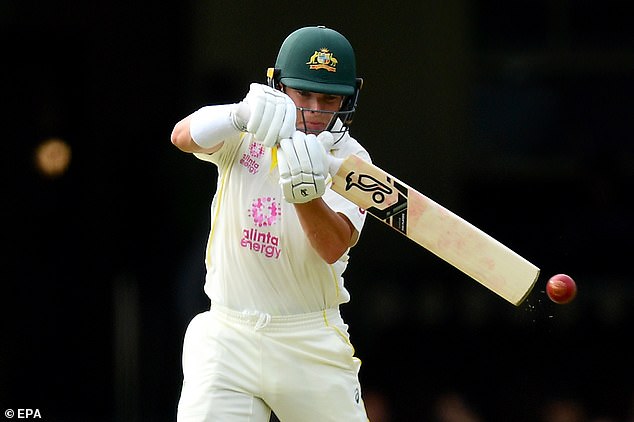 Harris has averaged a modest 29.83 in seven innings during the Ashes series so far

Khawaja will shuffle up to take his opening spot in Friday’s day-night clash in Hobart, leaving question marks over Harris’s long-term future.

But Cummins was clear that the 29-year-old was not being cast out.

‘I think he knew it was coming, but the message to Harry is that it’s going really well. He’s certainly part of our future and we’ll keep investing in him,’ the skipper said.

‘He’s been really good and growing with each game. Ussie and Davey (Warner) have really earned their spots but the reality is they’re both 35-years-old and there will be a day when we need to find some other openers. Marcus has a big future with us.’ 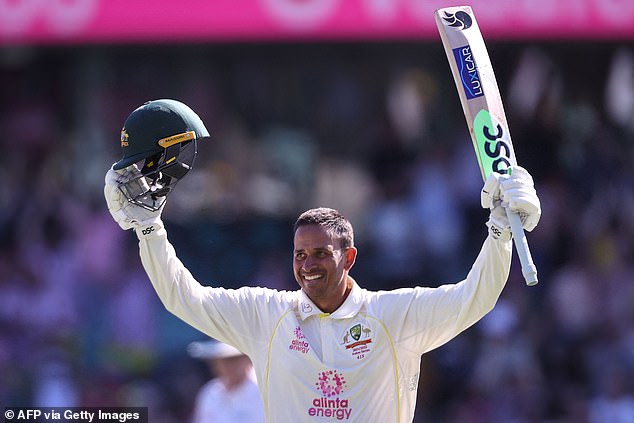 Khawaja dominated England’s bowlers in his first Test appearance in over two years but had stated publicly that he expected to miss out following Head’s return.

Instead of that disappointment, he now has the more minor frustration of recalibrating his game to face the new ball.

‘It’s not too often someone comes in and hits two hundreds in the same game. For sure, this was more a case of someone demanding a spot as opposed to Marcus losing it,’ said Cummins. 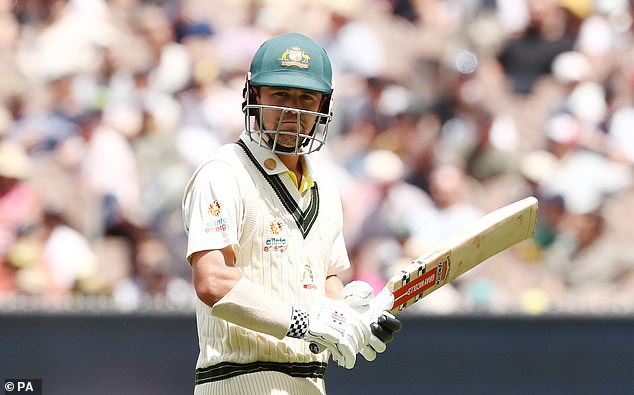 Australia are expecting that to be the only change to the XI which was held off at the death by England’s tail at the SCG.

Seamer Scott Boland, fresh from 14 wickets in his first two Tests, carried a rib injury over from Sydney but has been put through his paces in the nets with a view to getting him back on the park.

Jhye Richardson stands by, having taken a five-wicket haul in the previous floodlit Test in Adelaide, but Boland’s impact has been such that Australia are giving him every chance to prove his fitness.